This is the round air hockey table that enables four opponents to face off in a player-eliminating version of the popular arcade game. Unlike traditional models that only pit two players against one another, this survivor-style version and gameplay generates a quick moving match with multiple challengers and increased action via additional pucks and goals. A powerful electric fan generates consistent air pressure from the perforated PVC-laminated surface to keep the puck moving and prevent “dead spots” within the 47″ diameter arena. Crafted from engineered wood with a laminate finish. Includes four pucks, four paddles, and two goal blockers that keep the game going as players are eliminated. 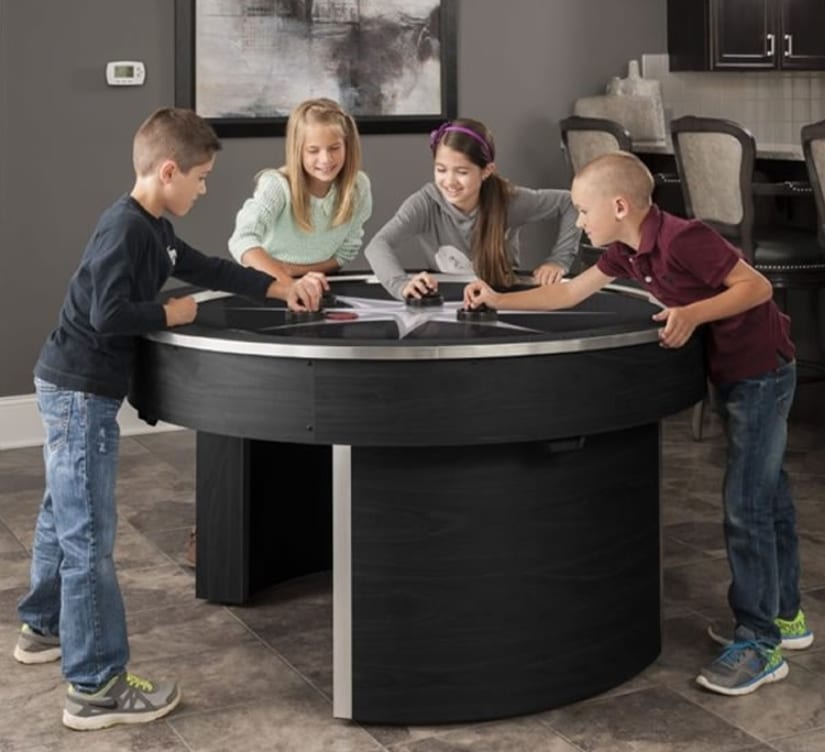