The Electric All Terrain Pendular Quadricycle

This is the electric vehicle that moves over tough, off-road terrain using four wheels that articulate on longitudinal axes in concert with the driver’s nacelle. Designed and manufactured in southern France, the craft’s patented pendular movement is a product of placing the nacelle’s center of gravity below its pivot axis and placing the pivot axis of each wheel below its contact point with the ground.

This imparts an independent pendular effect to the nacelle and wheels, which allows the craft to negotiate uneven terrain—each wheel negotiates slope differences independently—while the driver’s nacelle tilts with the wheels when cornering or traversing a slope. All four wheels steer, which grants the driver positive, direct feedback—this yields a high degree of precise control over grassy hills, dirt embankments, fields of snow, deep-rutted dirt tracks, and more. 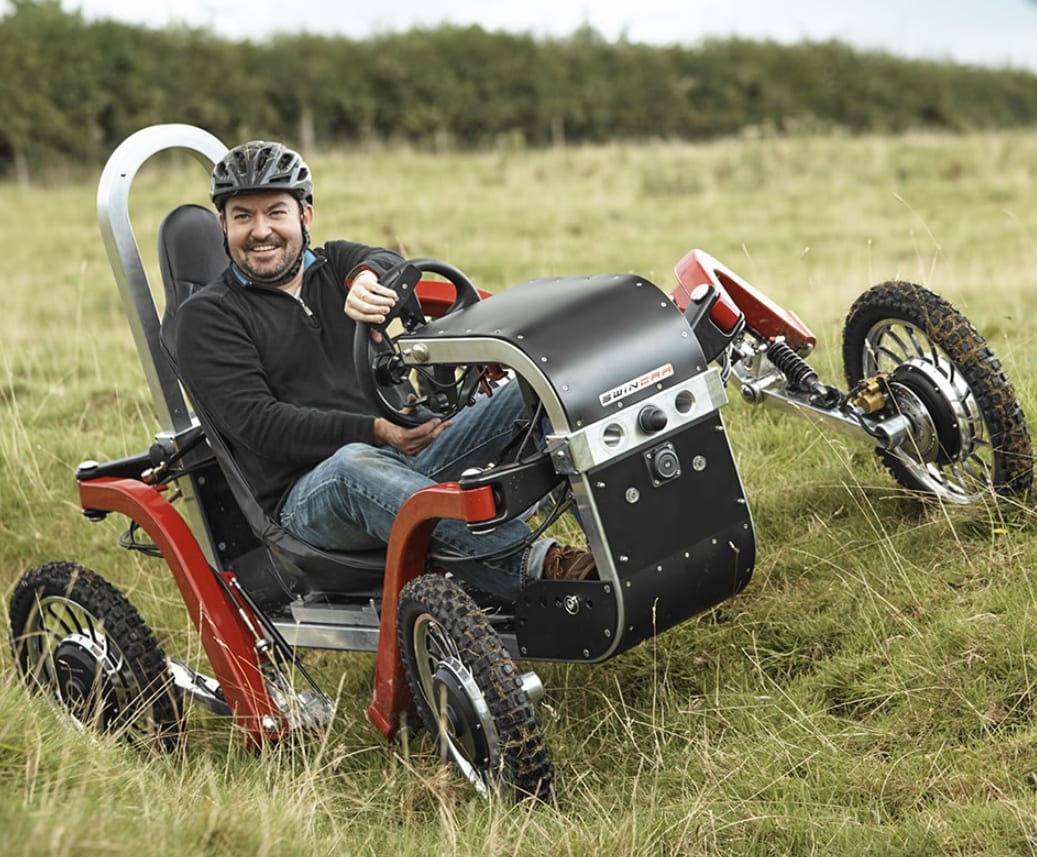