his is the passenger train set that takes young witches, wizards, and even muggles on a magical journey to Hogwarts School of Witchcraft and Wizardry. Manufactured by Lionel, the foremost name in electric toy trains since 1900, this ready-to-run O-gauge train captures the detail of the film’s steam locomotive with puffing smoke, chuffing sounds, and an operating headlight. Operated via remote control or a free smartphone app, the die-cast, battery-powered train bears the official Hogwarts coat of arms on its tender and pulls two passenger cars with interior illumination and a combination car. Set includes eight curved sections, a lock-on section, terminal section, and two 10″ straight sections that form a 40″ x 60″ oval track. 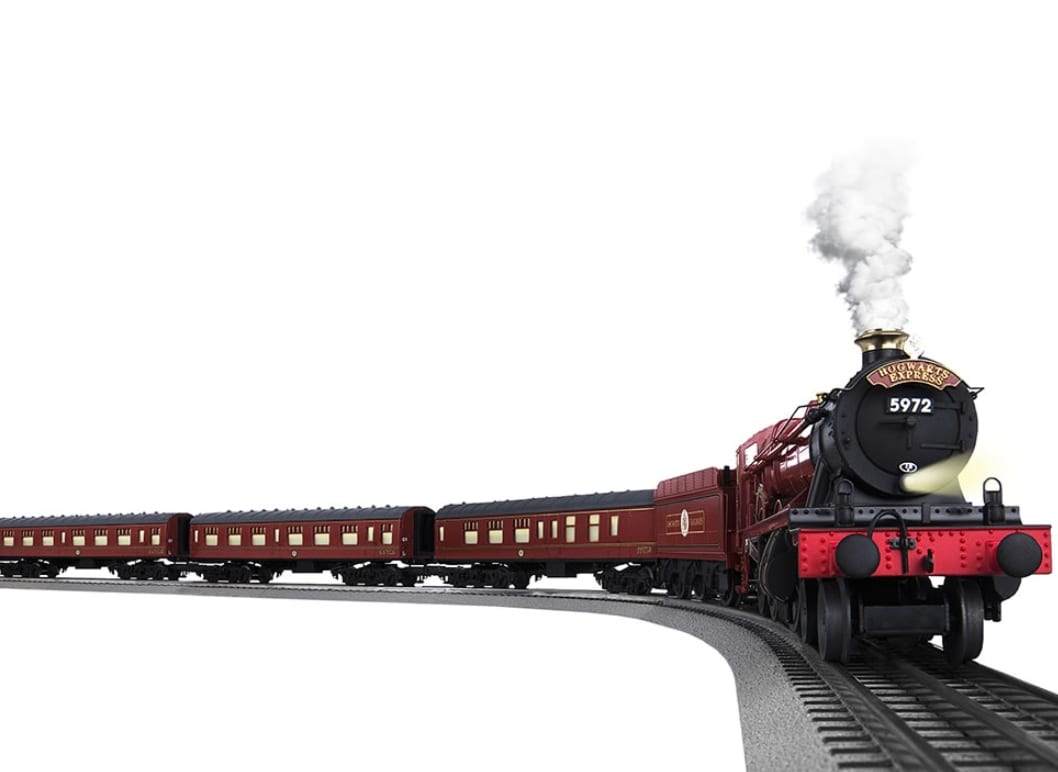