Light up a rare tribute to rock and roll history with the KISS Destroyer Lamp, available exclusively from The Bradford Exchange
Officially licensed
Featuring a fully-sculpted base with three-dimensional hand-painted figures of the KISS rock band, this Destroyer lamp celebrates the 40th anniversary of their double-platinum LP and triumphant victory tour
In addition to the sculptures of the band rocking out onstage, the base of this KISS table lamp features a uniquely designed post capturing the look of concert scaffolding 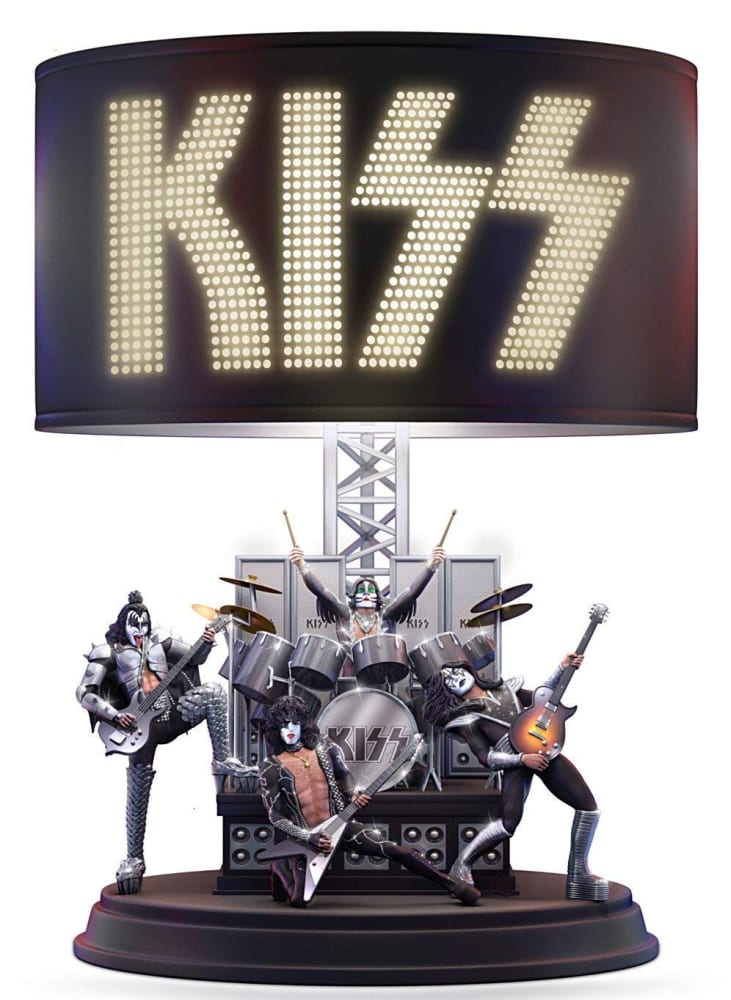