This is the virtual Batman game that uses your brainwaves to control the caped crusader and battle arch enemies throughout Metropolis and Gotham City. Similar to EEG technology that reads alpha and beta waves created by the brain, an included headset equipped with forehead sensors translates a brain’s energy into wireless signals. A free iOS/Android app pairs with the headband via Bluetooth and follows the plot of Batman v Superman: Dawn of Justice as you concentrate and relax your mind to drive the tumbler, fly the batwing, and blink to fire batarangs. Includes a hologram box that holds and reflects a smartphone’s screen at an optimal angle, headset stand, and charging cable. 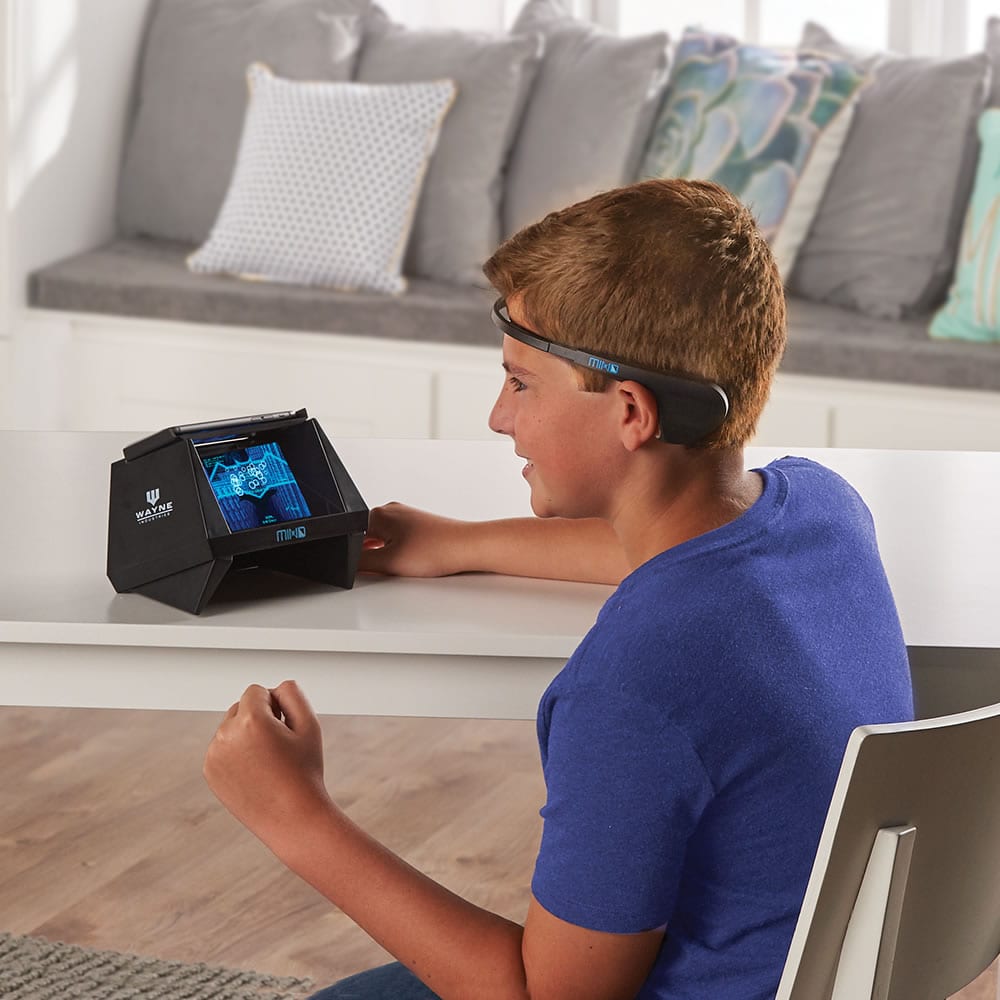