Delivers lifelike details in 360° with a new 16-megapixel image sensor that increases resolution to 2880 x 2880 pixels.
Brilliant 360° 4K output with improved brightness, sharpness and saturation in a full 360° x 240° field of view.
Water resistant to 1 ATM (about 32′), dustproof, shockproof and built to stand up to your active lifestyle.
Built-in accelerometer, e-compass, gyroscope and non-assisted GPS sensors for geo-tagging.
First-Person POV gives you the power to switch from 360° to standard 16:9 point-and-shoot mode and back with ease.
Captures high-resolution 360° 10-megapixel panoramic images with the touch of a button, even while recording a video, including 3, 5, or 10 sequential photos per second.
Internal 64 GB memory and 1.5-hour battery life for capturing and storing up to 3 hours of 360° footage.
Time-Lapse Mode-turn hours into interactive, dynamic minutes with .5, 1, 2, 5, 10, 30 and 60-second interval settings. 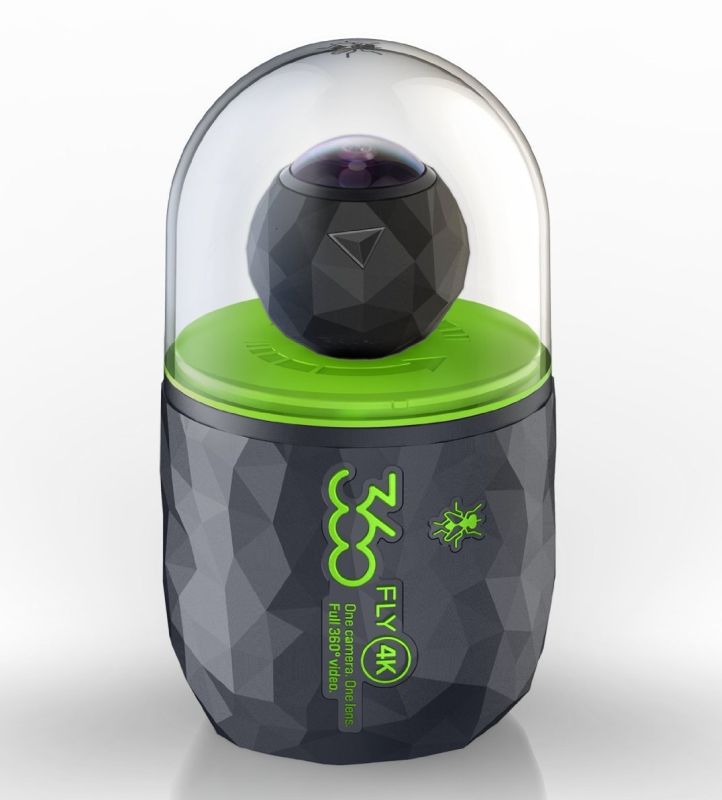