This is the camera pen that captured the highest quality HD video and took the sharpest photos in tests by The Hammacher Schlemmer Institute. Using a pinhole-size lens positioned just above the pocket clip, The Best Camera Pen takes full 1080p HD video at 30 fps or 720p video at 60 fps. Analysts praised The Best Camera Pen for taking true HD video with audio that was “clean and easily heard”—even when subjects were in motion—and photos that was “very crisp and clear”, far superior to the blurred, pixelated images and garbled sound captured by lesser models. The easiest model to operate, all of The Best Camera Pen’s functions are controlled from a single button on its top. The Best model’s integrated 16 GB USB flash drive—four times the capacity of lesser models with a paltry 4 GB—records up to three hours of 1080p video and plugs directly into a computer to easily transfer footage. Rechargeable battery lasts for 55 minutes on a full charge via the included USB cable. 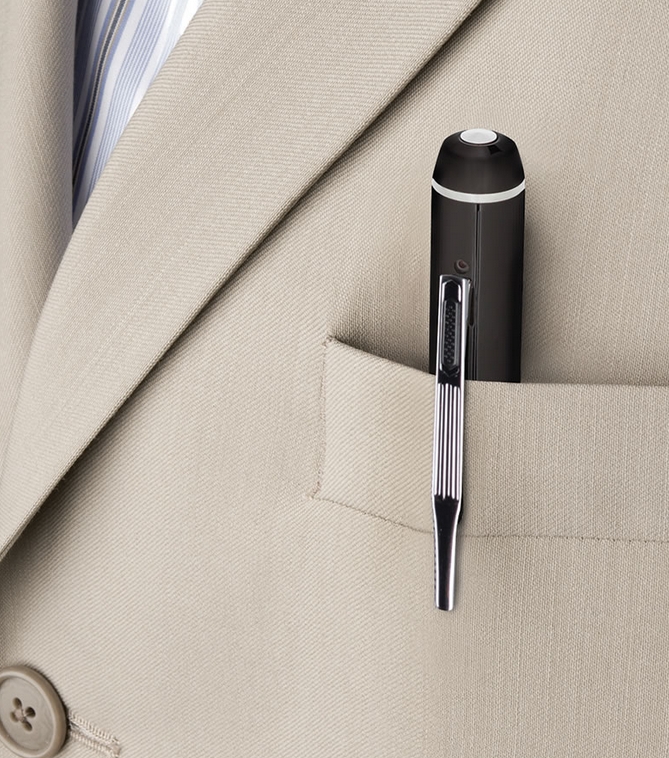