o-called “beer girls” in Japan are vendors who walk around the stands at baseball and other sporting events, selling freshly poured beer directly from the kegs they carry in their backpacks (known as a “beer shoulder”).
This is the experience that has inspired the latest in the Takara Tomy Beer Hour series of foamy drink dispensers, which recreate the cool, frothy head that suds always come with in Japan. Available in two colors, the Beer Hour Stadium is shaped like a kind of gun and can be set up in mere seconds.$ 40 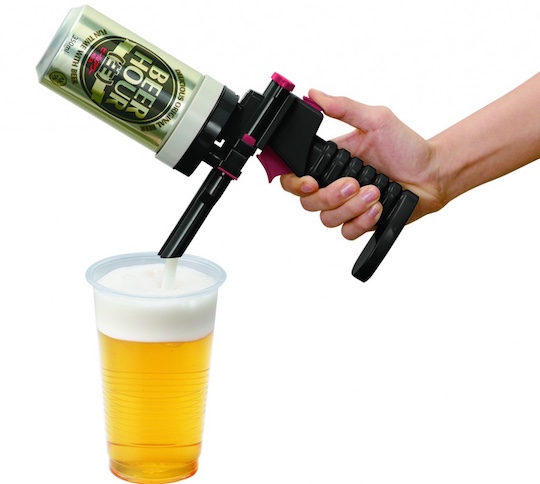