Syber PC Gaming console was built by gamers, for gamers. With instant access to purchase any Microsoft Windows compatible titles and all the biggest blockbusters you want to play, Syber Gaming takes gaming to a whole new level. Why settle for small screen gaming on titles that were meant to be experienced on the big screen. Immerse yourself in the full gaming experience with a Syber Gaming System, the PC Console to replace all consoles. Syber Vapor A Black SVAB100 PC Gaming Console is powered by AMD Athlon X4 840 3.1GHz CPU and AMD Radeon R9 270 2GB Graphics Card along with the 4GB of DDR3 memory, which provides you with smooth gaming. The 500GB SATAIII HDD gives you plenty of storage room for all the biggest blockbusters you want to play. With 802.11 Wi-Fi and Bluetooth, you are able to game with the Syber SVAB100 in any room with the big screen. Syber Vapor A SVAB100 w/ AMD Athlon X4 840 3.1GHz CPU, 4GB DDR3, AMD R9 270 2GB, 500GB SATAIII HDD, 802.11AC Wi-Fi, Bluetooth, Win 8.1 64-Bit & Black Color 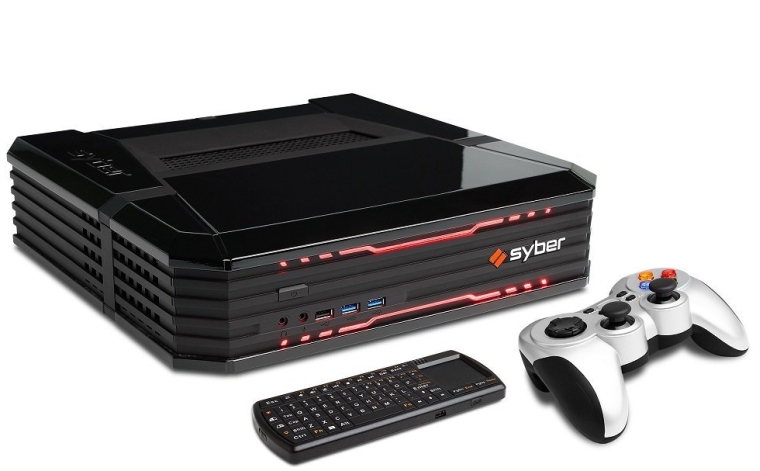