This is the pocket-sized air purifier that reduces mold and bacteria in the air or on surfaces. The device uses a similar technology developed by NASA for air purification aboard spaces shuttles: ultraviolet light inside the device combines with a nickel catalyst to emit safe catalytic molecules that destroy up to 99% of mold and bacteria in five hours. Price $199.95

A study performed by the Environmental Sciences department at West Texas A&M University showed it also reduced airborne allergens, viruses, and odor-causing volatile organic compounds. About the size of a radar detector, the purifier sets up unobtrusively on a car’s dashboard, hotel nightstand, or office desk and cleans up to 175′ sq. ft. Its filterless design eliminates the need for costly filter replacements and the three-speed fan generates only a whisper-quiet hum. 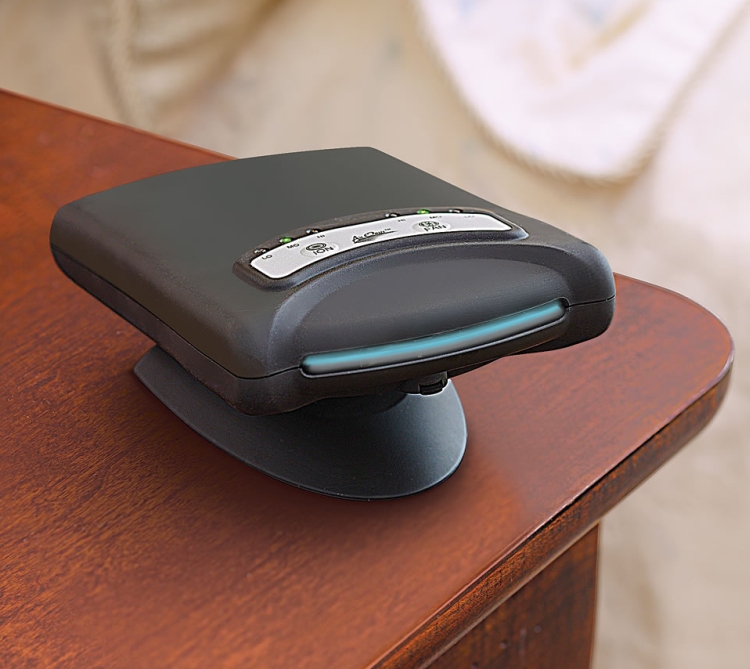 WELCOME TO THE DARK SIDE DOORMAT