Disney Planes Aircraft Carrier Playset: Cars takes place on the ground, but whatâ€™s going on in the skies above them? A whole new incredible world of extreme speed, adventure and fun! Itâ€™s one thing to be flying over fields, but itâ€™s entirely different when youâ€™re flying over the high seas! The aircraft carrier is equipped to keep the Planes characters in top flying form, from control tower to flight deck, mechanics station to landing pad. A translucent slide helps the airplanes land on the ship, and taxi straight to the hangar and gas pump for refueling and rest.

The included Dusty Crophopper diecast vehicle is built with a clip on top of its cockpit, so you can set him on watch and keep a lookout for trouble on the horizon â€“ or for friends flying home! Just attach him to the arm on the control tower and send him â€œflyingâ€ in circles. 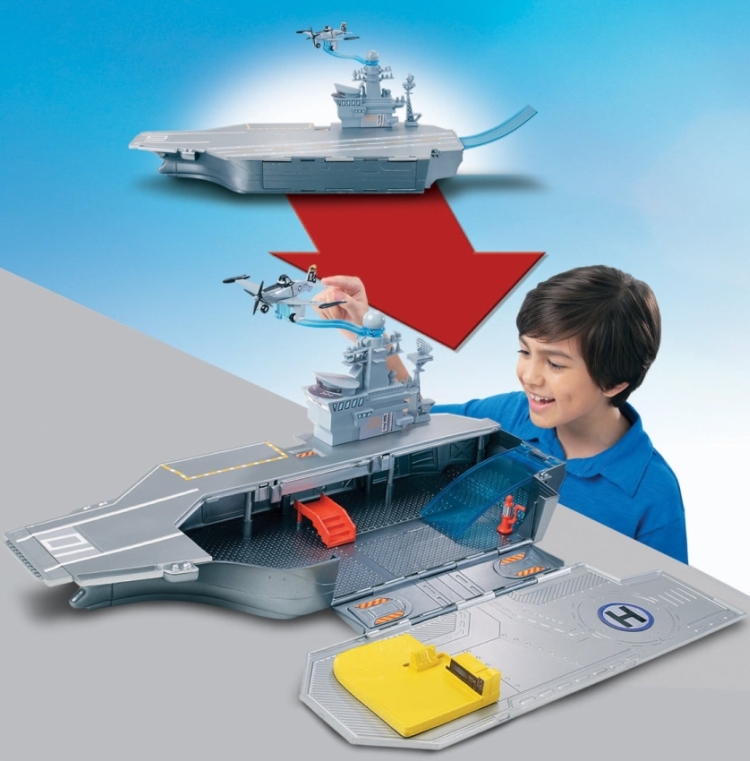