An illuminated foam rocket powered and launched by a foot-activated air pump soars into the air vertically up to 50′, whistling during its ascent like the real thing. A hand-held, air-powered Roman candle blasts four colored 2″-diam. balls into air, launching each with a bursting “pop” sound effect. A sparkler creates a scintillating array of color using 24 fiber optic strands that change color from red, white, and blue when the sparkler is shaken. A foam missile streaks into the air at any angle up to 50′ from rubber band-powered hand launcher, its path trajectory marked by an integrated lighted plug as it helicopters back to the ground. 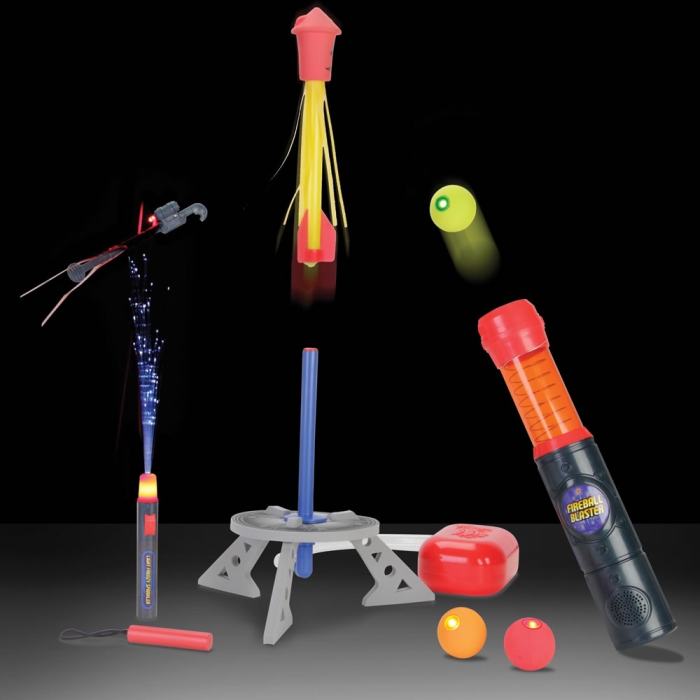