Geospace FINGER FLINGER is a modern update of the slingshot that’s fun for target practice and play. The projectile is a soft, safe sleek foam rocket that can fly over 80 feet (younger kids, keep practicing!)! In the nose of the rocket is a thick rubber band with a loop on the end. Simply insert a fingertip into the loop, then draw back the launching band, and …whoosh …the rocket takes off in a fury! Rugged construction and built-in flotation makes it perfect for pools or lakes. Because the launcher is permanently attached to the rocket, it can’t get lost and is ready for use at a moment’s notice. 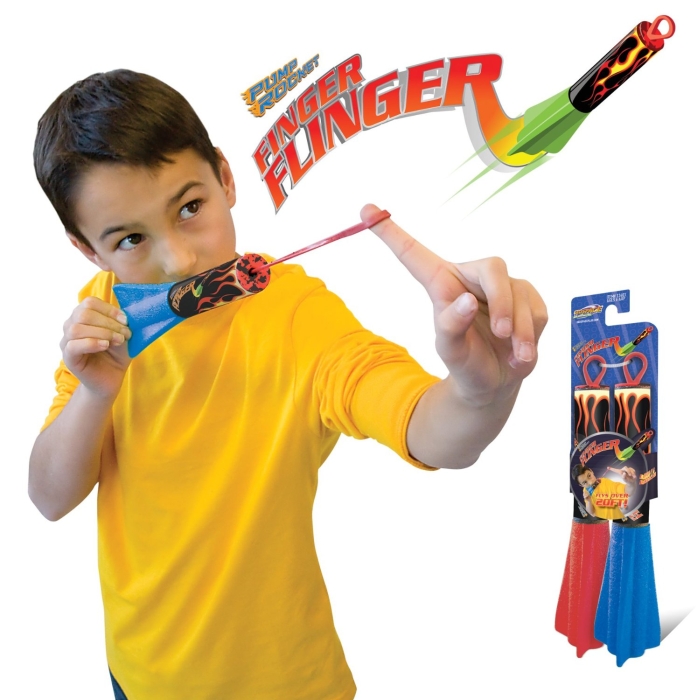