The SoundLess Speaker :: for Phone/PC

L8 connects via bluetooth to your smartphone to displays by light codes everything that happens through the internet and in your life. 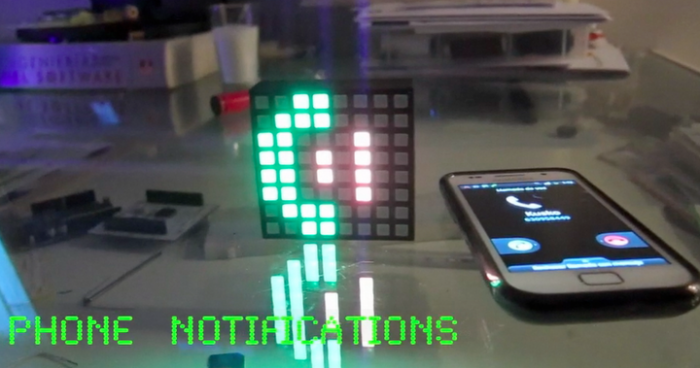 L8 is a battery powered mini squared lamp with a multicolor 64 Led matrix on one side and a multicolor super bright Led on the other and several useful sensors, that connects via bluetooth to your smartphone to notify you by light images or animations of just about anything that happens on the Internet: Twitter and Facebook messages, e-mails, game results, outside temperatureâ€¦. in other words, If exists… it can shine in L8. 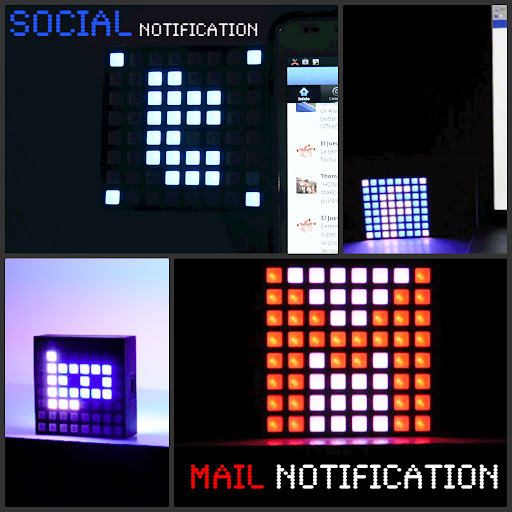 Choose the colour of your LED lights, create a unique ambiance by controlling both, tone and intensity, which combined with the super LED (very powerful) light at the back of the device, it will create a light-decor effect you wonâ€™t believe. Or if you prefer, you can also project animated series of lights (for a party, for example). You just have to choose among the wide gallery or design your own series of lights! 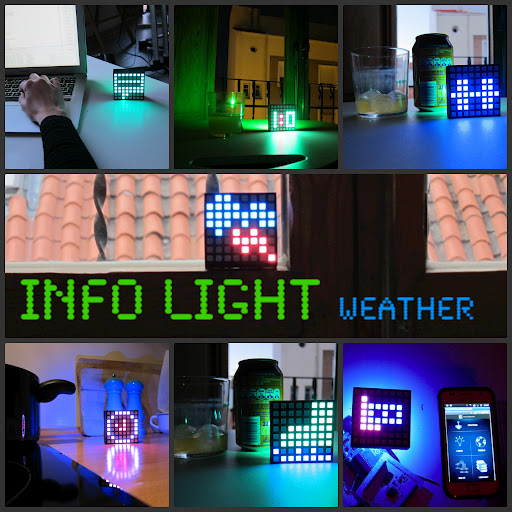