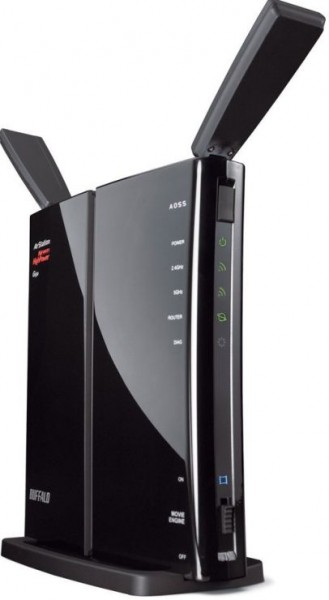 Coupled with High Power technology, including an onboard power amplifier and optimized antennae, the WZR-HP-AG300H provides exceptional range and increased performance at range. With five gigabit ports and wireless speeds up to 300 Mbps* on each band, the WZR-HP-AG300H upgrades any existing wireless connection and provides greater coverage than traditional 802.11n.